by GUIDA DE PALMA & JAZZINHO, produced by Ed Motta with a remix by Nicola Conte. 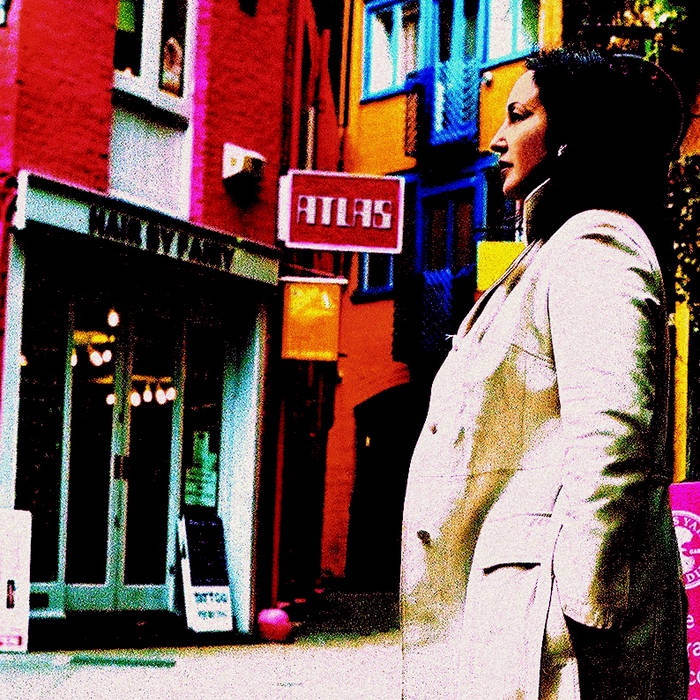 Sometimes I imagine somebody stuck in traffic on the other side of the planet chilling out to Jazzinho. I like that thought muses effervescent singer and band leader Guida de Palma during an interview with Jazziz magazine during Jazzinhos 2005 US tour. It is apt that Portuguese born Guida was reflecting on the global success of the sweet little jazz that is Jazzinho, as their organic and soulful blend of music from rare groove to bossa to fado to jazz has captured the hearts and minds of nu-jazz devotees worldwide.

Their debut album, released in 2004, enlisted the skills of musicians like Da Lata¹s Chris Franck and it reflected Guidas passion for the music of Stevie Wonder and Chaka Khan alongside Brasilians like Joyce, Gilberto Gil and Azymuth. Jazz maintains a powerful role at the core of Jazzinhos sound and the influence singers like Ella Fitzgerald and Nina Simone meshes with the indomitable spirit of New Thing instrumentalists like McCoy Tyner and Archie Shepp. Guidas compositions, arrangements and choice of musicians also allow us to intuitively savor the Moorish North African sounds and rhythms that underpin her native culture.

The music of Jazzinho has slipped into our musical consciousness and into the record boxes of DJs wordwide - check the impressive list on the Jazzinho website - through both the album and a brace of hot remixes by fellow artists like Phil Asher and Sleepwalker¹s Hajime Yoshizawa. Jazzinho have successfully balanced an impressive live dimension with the need to make an impact on the dancefloors of a constantly shape shifting club scene.

The forthcoming year will see Jazzinho striving to consolidate their already enthusiastic following and take it all to a new level. The end of 2005 had the band deep in the shed... well, deep in Hackney in East London... working on a brand new album with Brazilian producer/musician, Ed Motta - the funkiest gourmet in Rio De Janeiro.

Producing Jazzinho was like taking a holiday from my own art, maintains Ed. I hope that I brought to the recording sessions a Steely Dan-ish perfectionism. Guida was already working with the great Hamish Stuart but I also recommended jazz and jazz-funk legends like Harry Beckett and Max Middleton. Together with Jazzinho I made arrangements for every track. Basically, it was a case of blending her music with my analog cuisine.

Ed Motta has worked with some of Brasil's finest musicians and the experience of working with Jazzinho, here in London, was from all accounts equally inspiring. Guida is one of my favourite vocalists today; she has absurd technique and soul. In the Jazzinho band there are wonderful players like the bassman Matheus Nova and the multi-instrumentalist genius Anselmo Netto. Graham Harvey is an intelligent player... all the right voices, the right notes. Working with Max Middleton was a teenage dream come true. I play Rhodes because of him... each day that I met him at the studio I was in heaven.

Ed Motta lives and breathes music, his knowledge - as a fan is breathtaking. He carefully monitors whats going down globally and is well aware that it is Guida's vision and determination has ensured Jazzinhos worldwide reputation. When asked about their working relationship the producer enthusiastically refers us to the track Simmetry. I think this tune illuminates the real essence of our meeting. We spent a lot of time in the studio together and when we got chance to take a breather we were able to explore the passions we have in common... the films of Joseph Losey, Rufus & Chaka Khan, gastronomy and art.

So, there you have it. The vibe has been set - Jazzinho 2006 is destined to be expansive!

Gilles Peterson, who invited Guida to his Worldwide Show on BBC Radio 1, has predicted an almost certain dance floor success for this unique album.

All other arrangements by Jazzinho & Ed Motta

Published by, but not limited to, Jazzinho Music and Higher Ground Music in association with Westbury Music.

Bandcamp Daily  your guide to the world of Bandcamp

cktrl talks about heartbreak and his new record 'Robyn'